I’ve been waiting for some sort of blog inspiration to strike this week so that I could write something profound but nothing… So just more drivel and bollocks.

I don’t know what to say about this year except it’s been weird and it’s been wonderful. The only negative this year has been hurting someone who didn’t deserve to be hurt but sadly sometimes a drowning person needs to take drastic action to save themselves.

I really feel saved. I saved myself. It’s taken five and a half years (since the wasband left) for me to stop trashing about, for me to stop self sabotaging myself under the guise of “I’m happier as part of a couple”. You don’t know what you don’t know; or more apt, you can’t see what you refuse to see.

I’ve spent a lifetime making excuses for my poor choices when it comes to men. At fifty I’ve finally, FINALLY, realized my worth and my days of pandering to pathetic man children are behind me. Maybe there’s a decent man out there in possession of the characteristics I truly need in an equal partner and maybe there isn’t. But the realization that this mythical creature is not a requirement for my happiness and well being is completely freeing.

There is quite obviously some deficiency in me, some dull psychological knot in my psyche that has prevented me from seeing, understanding, accepting this truth but I’ve seen now, I’ve accepted.

The things that truly matter, so cliche but true, are family and friends. The bedrock of my life. Barf bags located in seat pockets.

There have been a truckload of fabulous moments this year and none of them feature a male of the romantic interest variety. All of them feature my bestest, strongest women friends. Chance or coincidence?

When you step out of a jail of your own making the freedom is intoxicating. Onwards. 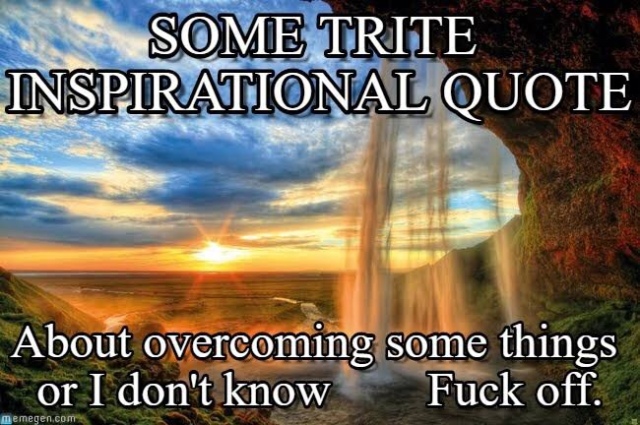