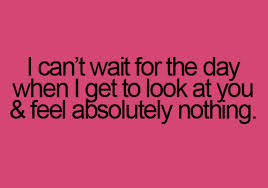 Because every day is getting a little easier I wanted to take a moment to note what has probably been the hardest part of this process of loss and grief. It’s what I’m calling the “phantom limb phenomenon”.

You know when people have a limb amputated they often complain of still needing to scratch an itch on the missing body part. Well I am experiencing a similar issue. My brain knows that the husband formerly known as Big Jay (McNulty for future reference – for those who know The Wire) is no longer there, both physically and mentally. I know this fact because a part of my brain keeps an almost constant monologue going on this topic, despite my best intentions.

Knowing that he’s gone doesn’t stop me forgetting. Numerous times each day something will occur which makes me remember that I’ve forgotten. I’ll be in the kitchen making school lunches when I’ll think of something that he needs to do and I’ll go to call out to him and think “Doh!”; or a school meeting pops up and I’ll automatically agree to attend before I realise that I no longer have a live-in childminder for such occasions.

I guess this is a very natural and understandable part of the process. When you’ve been with someone for so many years their presence becomes something similar to that of oxygen. Utterly important yet utterly invisble; totally taken for granted. Unlike oxygen I will not die without his presence. But like a newly missing limb my body and brain are learning every day to live without, to compensate, to adjust, to find ways to fill the holes. This is not as painful as it may sound, at least not for me. But it is certainly an adjustment period that I am very consciously living through right now.

4 thoughts on “The hardest part”